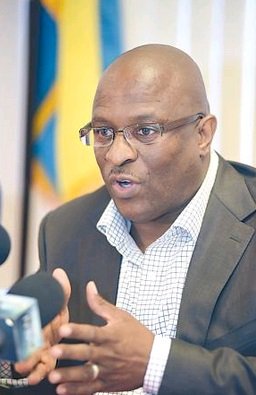 The Opposition finds it sad and contemptible that the Minister for Social Services, the Honourable Obie Wilchcombe, would just now be recognizing the need for substantial support for Bahamian families struggling under runaway inflation and still feeling the effects of Hurricane Dorian and the Pandemic.

Was the Minister absent from Cabinet when his colleagues approved a reduction in the Social Welfare Benefits budget by some $33 million dollars in the current budget (FY 2022/23 Annual Budget; p. 140)? Where was he and the Davis Administration when they instead increased their travel budget by $4 million (p.44) and the budget for their consultants by $11 million (p. 91)?

Where was Minister Wilchcombe when the government added VAT back on to bread basket items, on to Medicine and onto infant care items? Where was he when the government instead gave tax breaks to their wealthy friends by reducing the tax on real estate purchases valued over $2 million, and by illegally dropping the duties by yachts and pleasure craft after the budget exercise was done?

Unlike the PLP who just now seem to be realizing that Bahamians are struggling, the FNM have been consistent in explaining to the government that more needed to be done to help Bahamian families. While the Minister just now seems to be waking up to the struggles of everyday Bahamians, we in the FNM have repeatedly advised them against cuts to the social benefits for those most in need. We have over and over called for them to drop the VAT on bread basket items, medicines and other essentials. We have told them to reverse their tax cuts for the rich and reduce their travel and consultancy budgets to provide the fiscal room to pay for these critical social benefits.

We call on them once again to heed our advice and come to Parliament to reverse their ill-advised policies. Now that the Minister has recognized the need for more social welfare resources, he can rest assured that the FNM will support his efforts in Parliament to increase social welfare spending, funded by cuts to the travel and the consultancy budgets, and the reversal of those ill-advised tax cuts on high end real estate and yachts.