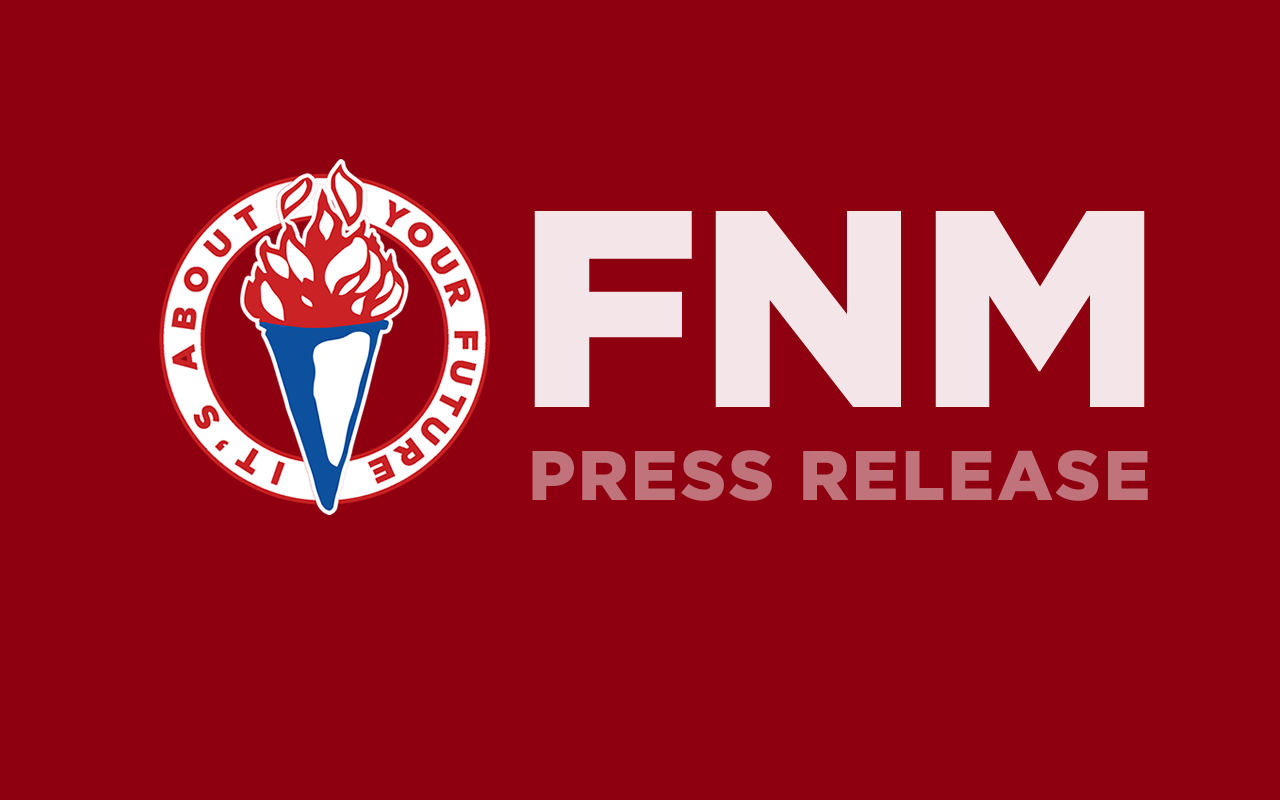 The Free National Movement (FNM) issued the following statement regarding the PLP’s extraordinary efforts to hide their record from the public:

“Hiding behind his party chairman and lawyers, Brave Davis is taking extraordinary steps in trying to conceal his party’s disastrous record from the voters. But pulling political levers and applying political pressure to get regulators like URCA to disregard their own regulations won’t silence the truth. The only thing negative about the ad Brave Davis and his party are taking extraordinary steps to remove from the airways is the fact that it graphically highlights the disastrous PLP record when they last held power.

“Incompetence was a hallmark of their tenure. Who can soon forget the fact the PLP let the landfill burn for weeks on end as neighborhoods surrounding it suffered – including children that were subjected to the toxic fumes? Or the fact they misled Parliament about a fire insurance policy at BAMSI – only admitting to it publicly two-months after a fire damaged a dorm. Brave and his team may have another name for it, but normal people know that’s rank ‘Incompetence’.

“We also know the PLP made many boastful promises during their campaign in 2012 only to see them broken once in office. Murder rates hit historic highs year after year under their watch – even after the PLP promised to reduce crime. That is just one example of the ‘Broken Promises’ the PLP served to the public, then, failed to follow through on once in office.

“And whether they admit to it or not, their tenure in office was a ‘Disaster’ for the country as a whole. Bahamians suffered through five years of zero or negative economic growth, a series of credit down grades and rampant, systemic unemployment. Try as they might, Brave and his party can’t erase that from the record – the people won’t forget. Imagine the state of our Nation had Dorian and the Pandemic occurred during their tenure in office.

“And through it all, an insidious cloud hung over their party with one newspaper remarking the PLP was ‘drifting from scandal to scandal’ during their last time in power. Brave and Fred would have us forget that it was one of their own Ministers who, ‘sought contracts from Baha Mar from his family’s business,’ and other ‘troubling instances’ of contracts being awarded under their watch. Their own post-mortem report, after their historic election defeat in 2017, ‘found that the perception of the PLP as corrupt was the single greatest element that impacted the party.’

“They lost an election because of their tone-deaf incompetence and monumental failures. Brave and his PLP have shown time and time again they have learned very little to nothing from that historic loss. Even today the media is pointing out that this ‘new’ PLP seems a lot like the ‘old’ PLP – where they offer up ‘largely a recycle’ of their past charter of governance that went ‘unfulfilled’ when they were in power.

“No solutions and bereft of new ideas, Brave’s woeful PLP is left hiding behind lawyers, threatening legal action, and pulling political levers to get regulators like URCA to ignore its own regulations, to do their bidding in hopes that they can erase the PLP’s disastrous record. While Brave and his party have learned very little since 2017, the Bahamian people have and won’t go back to the days of politicians running the country into the ground as they look to serve themselves at the people’s expense.”